In Search of the Jersey Tomato 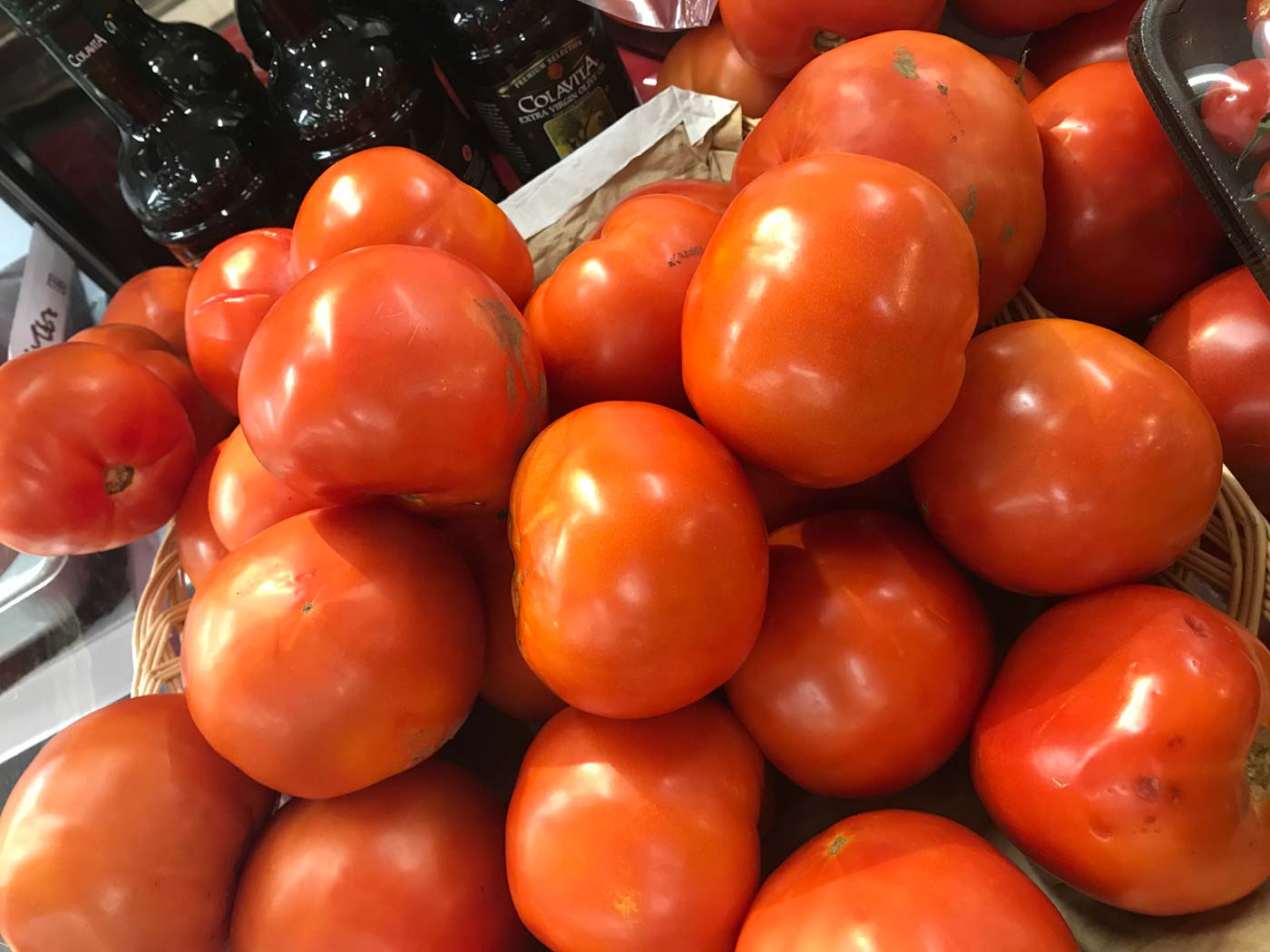 Editor’s Note: The COVID-19 crisis has hit us all; we have been heartbroken, uplifted, unmoored. To help document the moment, Edible Jersey is sharing stories from our community.

I wait all summer for Jersey tomatoes.

In June or July, the markets showcase pyramids of rosy tomatoes, but I am never fooled. I know these hothouse sisters are only imposters; the dancing girls who open the show before the main attraction.

When the first field-grown Jerseys debut on the stage of my local farm market in mid-to-late July, I do not demand perfection. Unlike the lush orbs of their less weathered, hot house-grown siblings who arrived weeks earlier, these Jersey girls are a little rough around the edges, dirt clinging to them here and there, a little misshapen, perhaps. Pick them up, though, and you’re holding summer in your hands.

Once upon a time, family farmers and backyard gardeners would save their tomato seeds from year to year, drying selections from each summer’s crop for planting in a future spring.

But, as with many gifts from the gods, science and industry conspired, convinced that it was possible to make a better tomato than Mother Nature alone could produce. Tomatoes became prettier. Rounder. Tougher-skinned so they could endure the rough handling and long distance travel of an ever-expanding marketplace. Instead of those green-leaved, blushing girls of summers past, these new varieties were leather-jacketed, motorbike riding, tough guys. “Bring it,” they said. We, the consumers, had fresh tomatoes year-round, firm globes; easily sliced into neat circles.

With something gained came something lost: the tenderness, the juiciness, the terroir of a real, honest-to-God, Garden State tomato. 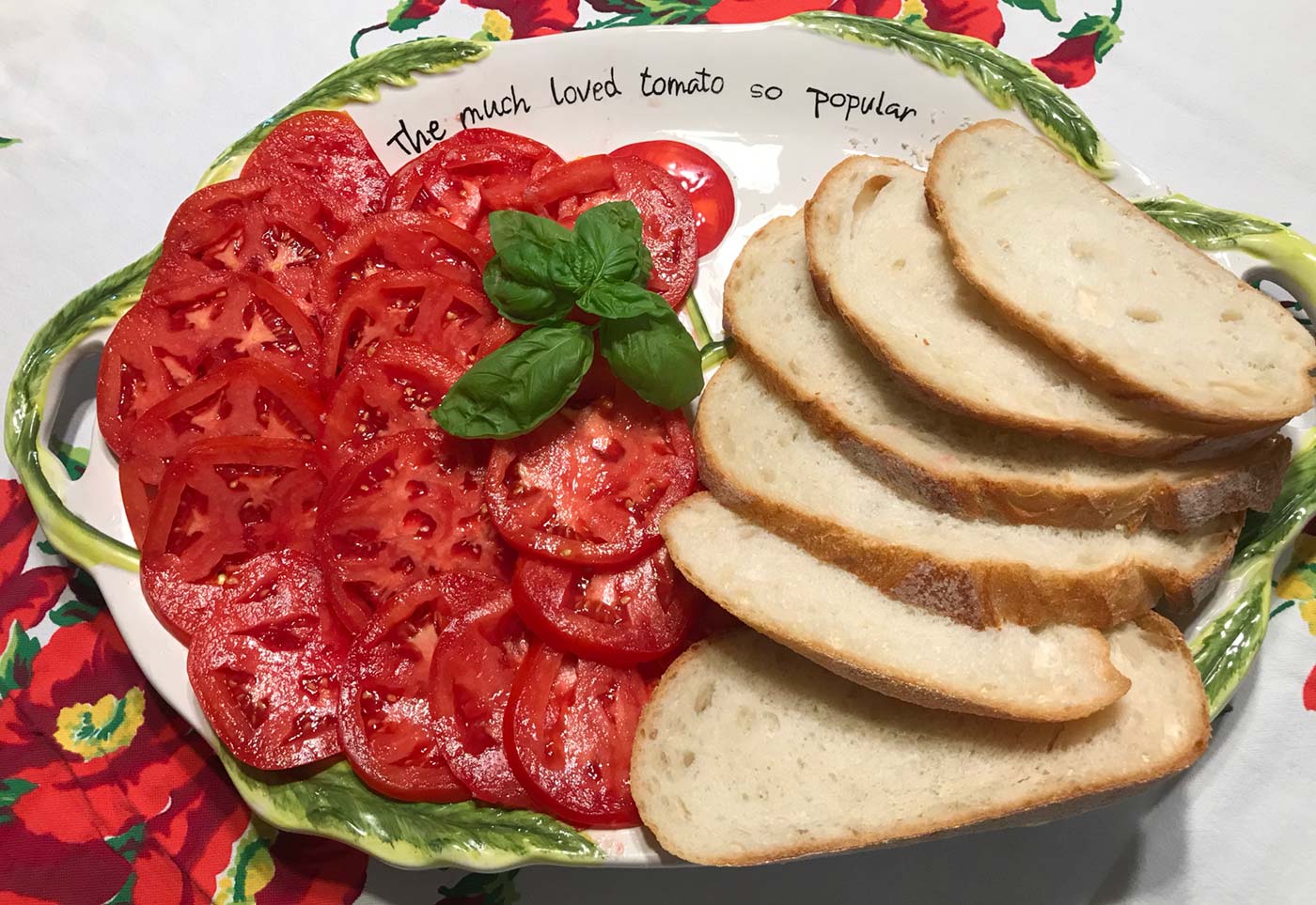 But with something gained came something lost: the tenderness, the juiciness, the terroir of a real, honest-to-God, Garden State tomato.

Fortunately for us, not all collaborations between science and nature were so ill-fated.

It turns out that what most of us think of as a Jersey Tomato is actually the product of a collaboration between Rutgers University and the Campbell’s Soup Company. In 1934, Rutgers University’s Agricultural Experiment Station joined forces with researchers at Campbell’s Soup’s own experimental facility in Riverton, New Jersey, to create a tomato that was both flavorful and, like a true Jersey Girl, able to adapt to growing conditions around the country.

Known as the Rutgers tomato, the variety eventually became the most popular tomato variety in the world and the signature ingredient in the tomato-based soups and sauces made by Campbell’s, Hunt’s

But with the advent of factory farming and mechanized picking, that Jersey Tomato was the golden orb that fell out of favor, a wallflower at the dance of commerce, because it was too thin-skinned to endure the demands of modern shipping and manufacturing processes. Over the years, alchemists continued to fiddle with the Jersey Tomato, adding and taking away elements of its chemistry until the simple hybrid fell by the wayside of history.

But that 1934 Jersey Tomato had captured the sweetness of memory, reigning supreme in the hearts of those who had tasted its delights. Unfortunately, it continued to grow only in the farm fields and in the backyards of the lucky few whose predecessors or grandparents had set some seeds aside each year.

There were other varieties that were decent enough to win some converts, like the still-popular Ramapo, a disease-resistant hybrid that Rutgers released in 1968. But as decades of springs turned into decades of summers, as temperatures rose and fields turned green, many a thought would turn to those tomatoes of yesteryear: juicy, sweet, beloved.

In 2006, researchers at Rutgers University’s Agricultural Experimentation Labs set out on a tomato safari, intent on reclaiming their 1934 masterpiece for a new century. Fortunately, the Campbell’s Soup Company had retained some of the genetic elements of the original hybrid, which was a cross between Campbell’s variety called J.T.D. and another variety called Marglobe. It was enough for Rutgers to launch an-all-hands-on-deck effort to bring back the Jersey Tomato.

After close to a decade of experimentation, Rutgers announced the birth of a new tomato, a direct descendant of the original hybrid from 1934. They named this juicy grandchild the ‘Rutgers 250’ upon its release in 2016 in honor of the university’s 250th anniversary.

An immediate hit with gardeners who praised its juiciness and flavor, the Rutgers 250 is now a top seller for the Burpee Seed Company, which crowns it as ‘unequaled’ in its compendium of tomato seeds. We’d expect no less of a Jersey girl.

And now that the fields are yielding the summer’s bounty of Jersey tomatoes, it’s time for me to indulge in an annual ritual that can only happen in August and early September, at the height of tomato season – my own not-so-secret recipe:

Take two slices of good Italian bread – a crusty boule from a local bakery will do beautifully – paint each side with mayonnaise (for me, only Hellman’s will do) – and layer with sliced, red, juicy, farm stand, Jersey tomatoes. Add a liberal sprinkle of sea salt and savor the taste of summer in New Jersey, while it lasts. 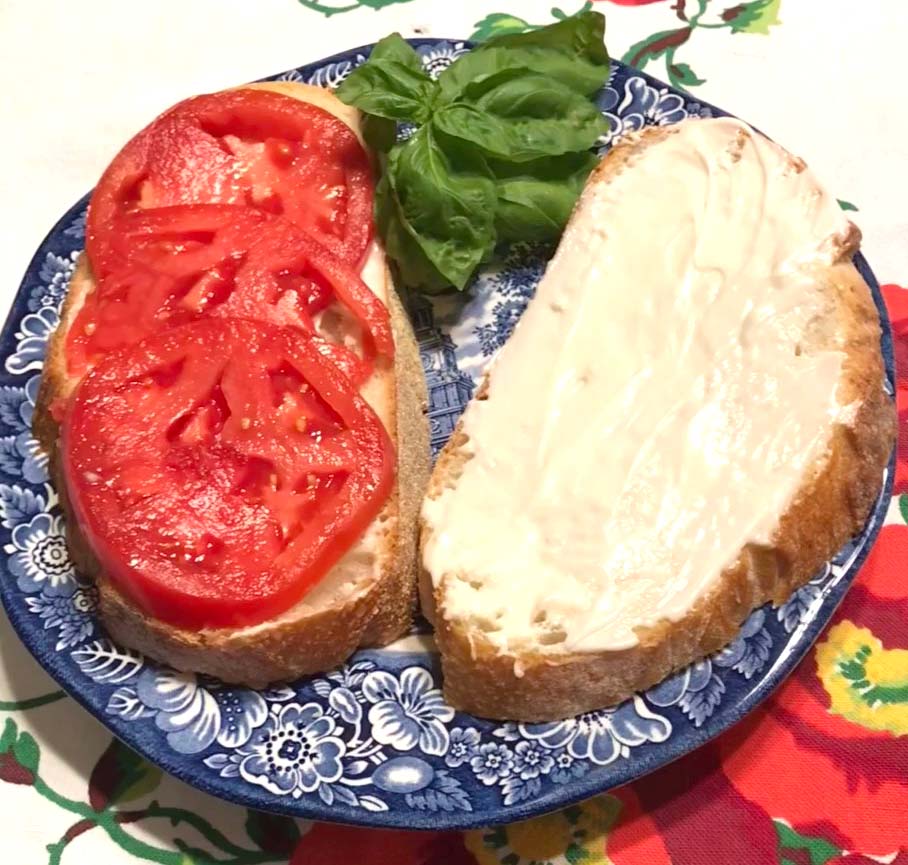 Photos courtesy of the author

Editor’s Note: Jersey tomatoes will be at their peak for only a few more weeks. The best place to find them is at on-farm and farmers’ markets statewide. For more information on the Rutgers 250 and other tomato varieties, click here: https://breeding.rutgers.edu/tomato-availability/

A Cape May Wine Adventure or Covid-19 Be Damned

Reflections in the Time of the Pandemic

Cooking with Corona – the Virus, Not the Beer

It's Time To #OPENLOCALWINE: A Virtual Event

Editor’s note: The COVID-19 crisis has hit us all; we have been heartbroken, uplifted, unmoored. To help document the moment, Edible Jersey is sharing a few stories from our community.

Oxtail and Tomato Stew with Orecchiette

Article from Edible Jersey at https://ediblejersey.ediblecommunities.com/food-thought/search-jersey-tomato