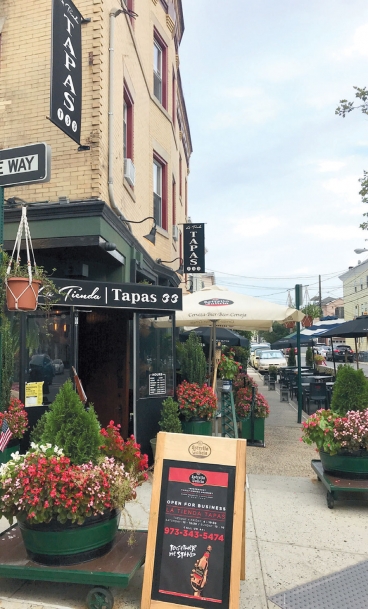 PHOTOS: COURTESY OF THE WRITER

Andres Rodriguez, David Khabuliani, and Kreshnik Berisha didn’t know they were going to open their first restaurants in the midst of a global pandemic. Rodriguez had planned to open La Tienda, his hip Spanish tapas spot on a side street in Newark’s Ironbound, on April 1. Khabuliani and Berisha had planned to open Sihana Café, a Mediterranean bistro on bustling Ferry Street, in 2019, but the project had been delayed. Then COVID-19 arrived.

Many an entrepreneur has fallen to lesser challenges. Not these new restaurateurs. Despite—yes, we’re going to say it— unprecedented times, these entrepreneurs pushed through and opened in late Summer 2020.

La Tienda Tapas 33 is almost impossibly cool. Tables rest at the base of a tall brick building surrounded by plants and flowers; dark leather chairs rub against a wrought iron trellis. For months in advance of opening, their Instagram promoted beautifully plated pulpo and hyper-local favorites like All Points West spirits. Rodriguez, whose father owns Fornos of Spain, had thought he would rely more on visitors to Newark, but says much of his support has come from neighbors— literally. “People say, ‘Hey, we live down the street, we’ll come in.’” And they do. Again and again.

Khabuliani and Berisha say that Sihana means “like the moon; a celestial, heavenly state.” Though the two had handcrafted a light-wood-filled indoor space, they ended up arranging an oasis of flowers and tables and launched outdoors. The day I dined there with my partner, we had delicious flatbreads and Sihana’s specialty item: a seaside Georgian favorite called Khachapuri. Shaped like a boat and stuffed with two cheeses, an egg, and butter, it comes with a ritual to mix all three after it arrives at the table. Plan on being transported to a heavenly state, and scraping the bottom of the boat, in no time. —Emily Manz 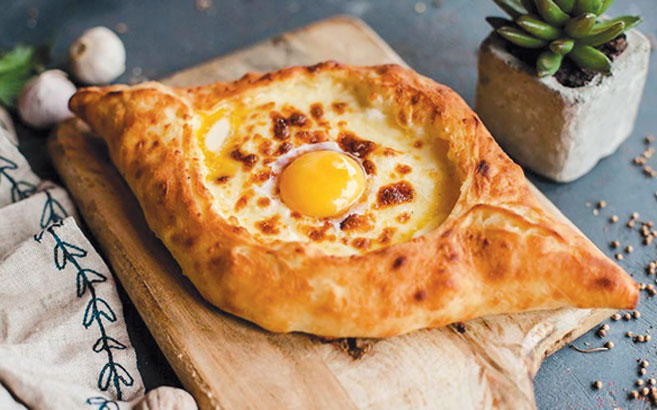 Reflections in the Time of the Pandemic

Your Food During the COVID-19 Crisis

see all
Article from Edible Jersey at https://ediblejersey.ediblecommunities.com/eat/new-jersey-restaurant-openings