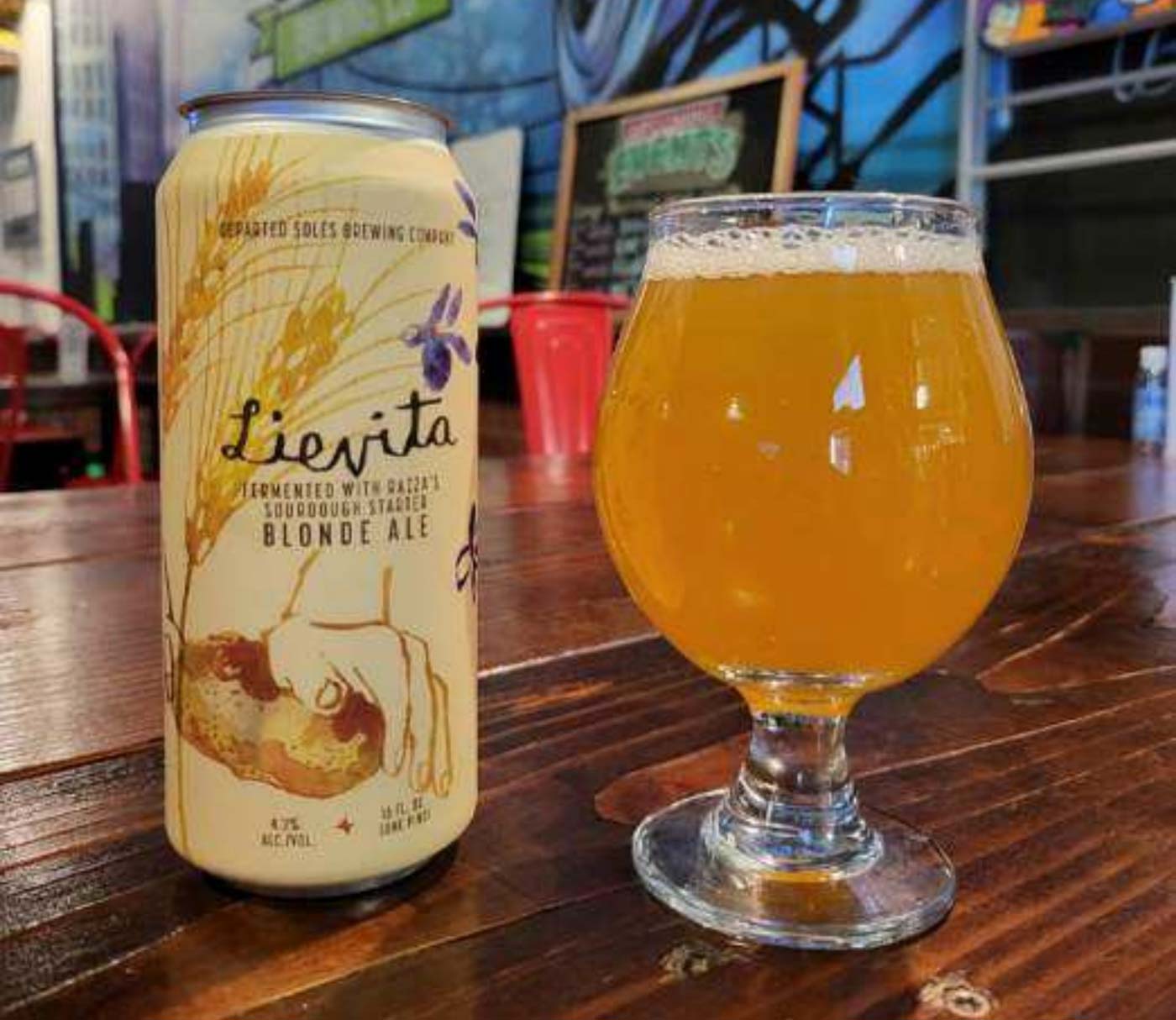 From its development to its flavor profile, Lievita, a new brew from Jersey City, is an all-star NJ collaboration.

What do a pizza maker and a craft brewer have in common? The answer, of course, is yeast, an essential ingredient for fermenting beer as well as creating pizza crust.

A cross-town collaboration germinated in Jersey City when Dan Richer, the celebrated chef/owner of Razza Artigianale and author of the just-released “The Joy of Pizza”, reached out to Brian Kulbacki, the self-titled “entrepebrewer” at Departed Soles Brewing, and asked, “is there any way to make a beer from my pizza sourdough starter?” Kulbacki, already working up an "All-Jersey" ingredient project, jumped at the opportunity. Along with DSB’s tasting room manager Brant Schweinsberg, a hobbyist baker, their initial research showed that it seemed possible although not a lot of information was available.

As most aficionados know, creating sourdough is a point of personal pride and passion among bakers. Unlike bread leavened with commercial yeast. sourdough relies on uniquely distinct starters made from flour, water and ‘wild yeast’ -- yeast captured from the air around us. Starters can become so treasured by their creators that they are cultivated for years and passed down from one generation to the next.

Yeast itself is critical in not only starting the conversion of sugars into alcohol and carbon dioxide at its basic level, but it can impart unique flavor, aroma and texture to the finished product. Most beer is made from commercial yeast, especially for mass-production brewing. It shortens the process and creates more consistency in flavor, but often at the expense of character and interest.

Departed Soles turned to microbiologist and artisanal yeast supplier Al Buck of East Coast Yeast in Hillsborough for additional expertise. Taking some of Razza’s starter (developed a number of years ago from grain harvested in Hunterdon County), Buck was able to plate, grow and isolate some yeast strains, which were then tested to see which would work effectively in fermentation.

The goal, however, was not to make just any beer, but one that Kulbacki described as "approachable and unique". DPS took the workable strains identified and re-combined by Buck and did some small batch experiments to create something more than just “a beer”. Richer added that it had to be "delicious" and pair well with a menu that was also based largely on fermented grain.

Kulbacki completed this first of its kind everything-Jersey ingredient list with malt from the only craft malthouse in the state, Rabbit Hill Farms in Shiloh (see “Barley There”, Edible Jersey’s Fall 2021 “Drinks Local” issue), and fresh Cascade and Citra hops from Fir Farm in Colts Neck, rounding out a group worthy of First Team All-State honors.

“Lievita”, from the Italian “to rise”, is the first in what is hoped to be an on-going series. A blonde ale, it aptly shows some saison, or farmhouse ale characteristics. It was released in late November, available at both the restaurant and brewery and with a limited retail release.

Kulbacki believes “beer is a mechanism for camaraderie” and Jersey City has two great places to celebrate this newly fermented partnership highlighting some of the state’s best makers and growers.

see all
Article from Edible Jersey at https://ediblejersey.ediblecommunities.com/drink/lievita-all-star-new-jersey-brew